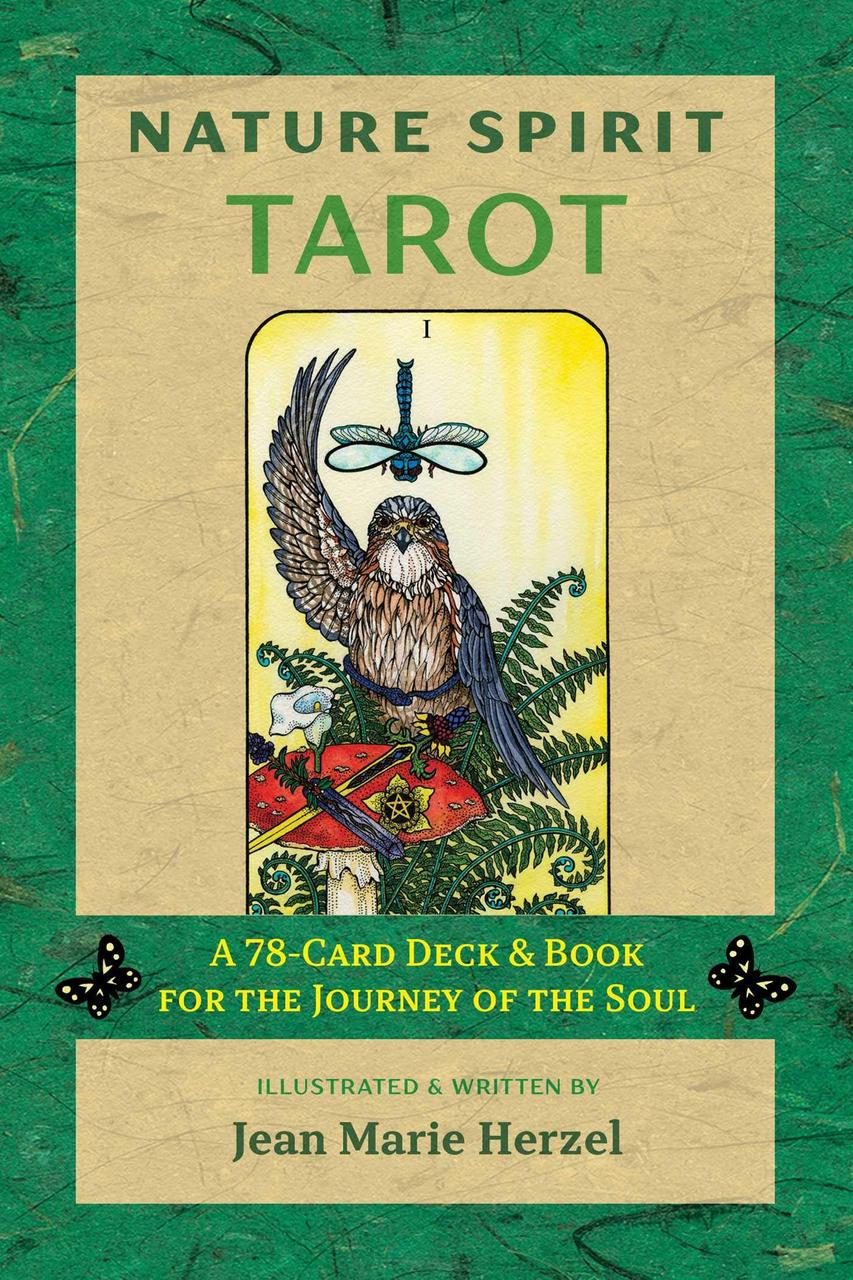 * Includes the complete Major and Minor Arcana of the Tarot interpreted through symbolic images of plants, birds, insects, reptiles, and gemstones

* Based on extensive research into the esoteric meaning of the Tarot and the symbolism of various traditions of the world, including Native American, Celtic, and Eastern and Western philosophy

Weaving the wisdom of the Tarot with the vastness and mystery of the natural world, this 78-card, full-color deck by artist Jean Marie Herzel offers the complete Major and Minor Arcana interpreted through the lens of Nature and the infinite diversity of forms that consciousness displays on our home, the Earth.

Drawn to the timeless and enduring messages of the Tarot and its ability to help us explore the depths of the psyche, Herzel carefully researched the inner esoteric meaning of each card and then artfully interpreted that meaning in hand-painted watercolors featuring the colorful language of flowers and symbolic images of plants, birds, insects, reptiles, and gemstones. The symbolism of each card is derived from various traditions of the world, including Native American, Celtic, and Eastern and Western Philosophy.

In the accompanying guidebook, each card is given a two-page description that opens with the traditional Tarot meaning of the card, followed by a detailed explanation of the symbolic meaning of the specific plants and animals the card features. For example, on the cover, the Magician card shows a Merlin Falcon, Amanita Muscaria mushroom, Western Sword Fern, and the Eastern Pondhawk Dragonfly--each of these life forms was chosen because it represents one or more aspects of the Magician's meaning in the Tarot. The book explains the connections between each form shown and the card's Tarot archetype, further illuminating the meaning of the card and how it relates to the natural world, personal development, and the journey of the soul.

Revealing a new vision of both the surrounding world and the unexplored territory within, the Nature Spirit Tarot offers a tool to deepen our connection to Nature, develop personal awareness, and awaken an understanding of the psychological and spiritual elements at play in our lives.