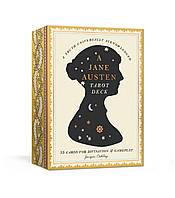 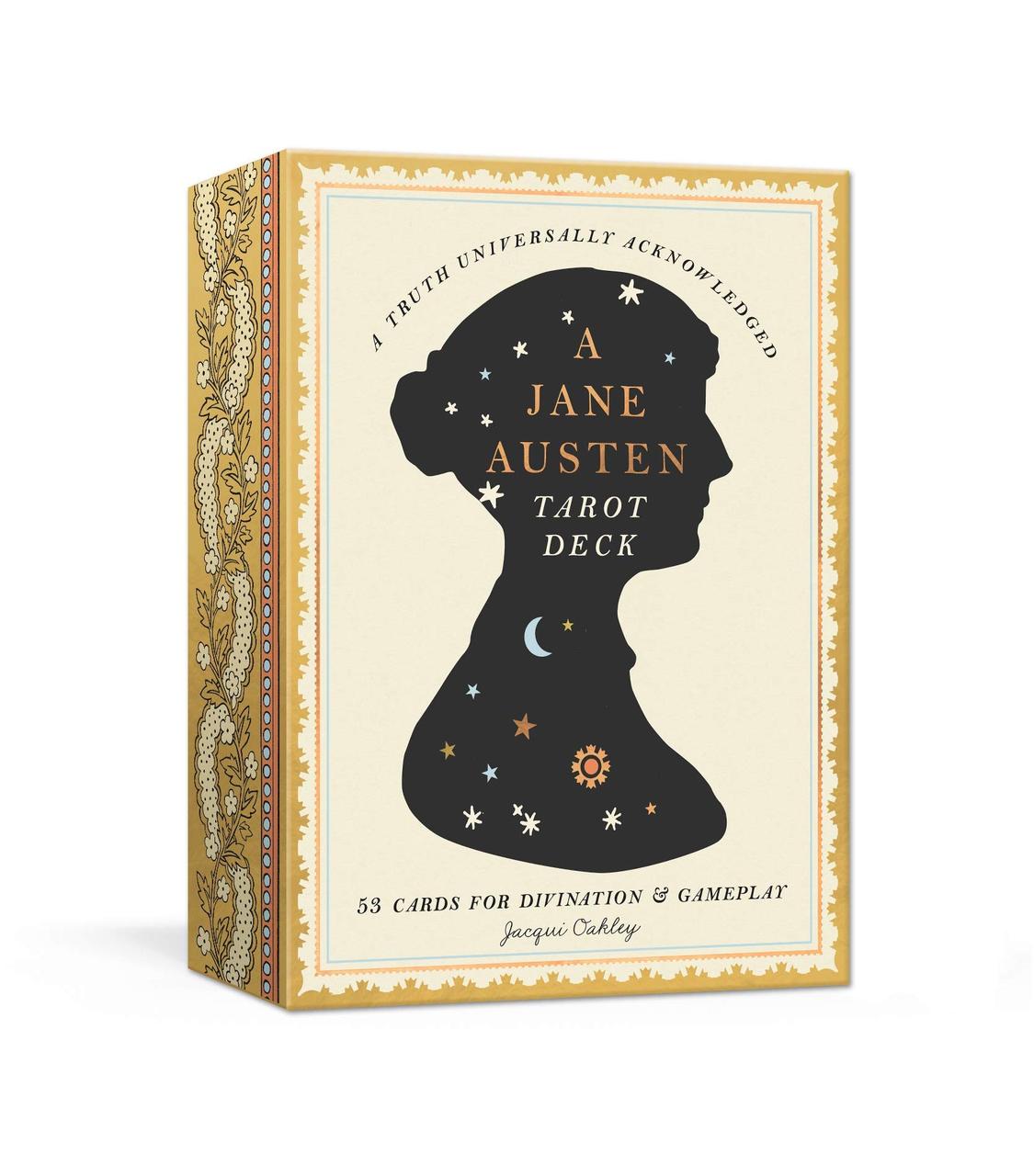 The ultimate must-have for any Jane Austen fan, this gorgeous set of 53 tarot cards features hand-drawn characters and objects from Austen's enduring novels.

Noted Jane Austen artist Jacqui Oakley brings her beautiful work to the world of tarot with this sublime and whimsical package. Featuring 53 characters (including Elizabeth Bennet, Mr. Darcy, Elinor Dashwood, and more) and objects (such as well-trimmed bonnets and a stack of novels) from Austen's books, each card doubles as a playing card and tarot card. With Mr. Wickham from Pride and Prejudice as the Devil, a teapot representing strength, and Austen herself as the Magician, it's perfect for both longtime and new Austen fans.

Oversized, sleek, and sophisticated, this deck comes in a hinged cigar box decorated with foil stamping and a wafer seal enclosure, and is accompanied by a booklet containing a brief overview of tarot and a guide to the cards and the world of Austen.